DRY vs DAMP in Unit Tests

In this post, we’ll make a deep dive into the DRY and DAMP principles and will talk about the false dichotomy around them.

The DRY and DAMP principles

The DAMP principle stands for "Descriptive and Meaningful Phrases" and promotes the readability of the code.

DRY vs. DAMP: the dichotomy

You can often hear that people put these two principles in opposition to each other. DRY and DAMP are usually represented as two ends of the spectrum that covers all of your code:

DRY and DAMP as two ends of the spectrum

You can choose to make your code more descriptive at the expense of the DRY principle (and thus lean towards the DAMP end of the spectrum) or you can choose to remove duplication, but at the cost of the code becoming less expressive. In other words, you can’t adhere to both principles with the same piece of code.

You may also hear the guideline saying that:

I strongly disagree with this opposition.

Let’s say we have a UserController with two methods:

Both of the methods check for user name and email uniqueness before making the changes. These checks aren’t exactly the same (EditPersonalInfo takes into account the current user’s name and email), but close enough to be worth extracting into one place.

Here’s how we can do that:

This version is much cleaner. It also adheres to the DRY principle — the common bits get reused across the two methods. (Notice that I moved the checks for uniqueness to private methods, but they could also be repository methods, depending on your project’s specifics.)

So, that’s the example of the first part of the guideline — favoring DRY in the production code. The benefits are pretty self-evident: the code in the two controller methods gets simpler and, more importantly, the knowledge of how to do the uniqueness checks now resides in one place.

Let’s now look at the second part of the guideline — preferring DAMP in the test code. Let’s say we’ve got a CalculatorController and two tests that check its functionality:

These tests also have common bits, that could be extracted like this:

This time the refactoring doesn’t feel as good as in the previous example, does it?

Indeed, such a refactoring is an anti-pattern:

That’s where the guideline of preferring DAMP over DRY in tests comes from. The initial version of the two tests is better — it’s more expressive, even if at the expense of code repetition.

The DRY vs. DAMP dichotomy is false

So, again, the common belief is that you can’t adhere to both DRY and DAMP with the same piece of code, and the choice should be the following:

This dichotomy between DRY and DAMP is false. Both principles are equally important in both the production and test code. In fact, you don’t have to make a trade-off between these two principles at all.

The following method is a nice way to visualize this distinction:

This code is what you get when you try to apply the DRY principle not to the domain knowledge but to the code itself.

Of course, this method is ridiculous — it tries to squeeze together as many characters as possible. It should have listed these two words separately, like this:

The fact that these two words have some common piece in them doesn’t mean they share domain knowledge. The common piece is just a coincidence, there’s nothing that inherently unites them.

The words represent two separate pieces of domain knowledge. Particularly, the knowledge of how the Locked and Unlocked statuses are displayed to the user. You should be able to change one of these words without affecting the other. For that, you need to decouple them by splitting into two separate strings.

This is essentially the same misapplication of the DRY principle as in previous example (I’m copying it here for convenience):

Here, we are also applying the DRY principle not to the domain knowledge, but to the code itself, which is incorrect. The two shared lines at the top don’t represent any domain knowledge, they are just happen to be the same for both tests. Therefore, they should not be reused.

DRY and DAMP as How-to’s and What-to’s

I hope you can see now why the dichotomy between DRY and DAMP is false. You should avoid the code reuse shown in the previous example, but not because DRY somehow doesn’t apply to tests. It’s because such a reuse is an misapplication of DRY, and it is a misapplication regardless of whether you do that in tests or in the production code. 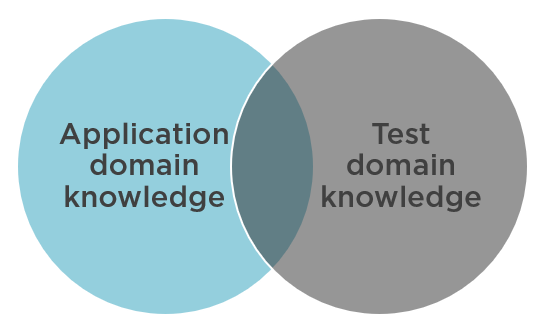 The tests' knowledge lies in the following two things:

The scenarios are represented by tests themselves. For example, the division by zero scenario, or the division of two numbers:

The steps are the content of the arrange, act, and assert sections in those tests. For example, set the divisor and the dividend, check the result, and so on:

And so, when you extract common steps from tests, you don’t reuse this knowledge, but remove it from the tests.

You should think of this in terms of what-to's versus how-to's:

In other words, you should describe the scenario steps as expressively as possible, but you can (and should) extract any implementation details regarding those steps and reuse them between tests.

Let’s take an example. Let’s say that our calculator API has a memorization functionality and we need to test it. Here’s how this functionality looks:

The difference with the initial version is that we can call Memorize() to save the dividend, and then use a Divide() overload that accepts only the divisor.

Here are the tests that verify this functionality:

We can extract the details of how this step is implemented into a helper method:

Note that these tests still contain the setup step itself, we haven’t removed it from the tests. What we did is we abstracted away the details of how this step is performed.

This is the distinction between what-to's and how-to's. The what-to's are still in place: we can clearly see the steps the tests take in order to check the calculation functionality. And we are using descriptive and meaningful phrases when describing these steps — the name of this method communicates its behavior very well. In other words, we are following the DAMP principle here.

At the same time, the details of how this step is performed — the how-to's — are extracted into a single place and reused by tests, thereby following the DRY principle.

This approach combines the best of both worlds:

Moreover, the private method doesn’t couple tests to each other, at least not to the same degree as we had when we extracted the initialization logic into private fields. That’s because tests can still control how they want the calculator be created. They keep that control by passing the required dividend as an argument.

Notice that this rationale is universal and applies to the production code just as much as the test code. In fact, the example with Register and EditPersonalInfo methods also adheres to both DRY and DAMP (I’m copying that example here):

All steps (what-to's) are intact: we can clearly see that, to register a user, we first need to check if the user name and email already exist in the database. At the same time, the details of how these steps are performed (how-to's), are abstracted away.